Our views of the afterlife will influence how we handle the bodies of those who have died.  That is true, not just with Christians, but with many others of varied beliefs as well (e.g., Jews, Hindus, Muslims, Buddhists, Atheists, etc.).

The Biblical direction seems to give a strong trail of burial for the dead.

Ecc. 6:3 “If a man beget an hundred children, and live many years, so that the days of his years be many, and his soul be not filled with good, and also that he have no burial; I say, that an untimely birth is better than he.”

Acts 8:2 “And devout men carried Stephen to his burial, and made great lamentation over him.”

Of course, the great example in the Bible is the record of the burial of Jesus Christ.  Matt. 27:57-59 tells of Joseph of Arimathea gaining permission from Pilate to bury our Lord’s body in a new tomb cut out of the rock.

Most of the key people in the Bible were buried.  In fact, it was considered a dishonor to the people of Israel not to receive a proper burial.

The word “cremation” is derived from the Latin word “crematus” or “cremare” meaning “to burn up.”  During the process of cremation, human remains are placed in a wooden box, and then into a crematorium or furnace.  They are heated to temperatures between 1600-2000 °F until the remains are reduced to bone fragments and ashes.  The bone fragments are then processed in a machine until they resemble coarse sand, light gray in color.

The early Christian church rejected cremation, partly because of its association with Pagan societies.

When people dead or alive were burned in the Bible, it usually had a bad connotation.

2 Chron. 34:4-5 “And they brake down the altars of Baalim… And he burnt the bones of the priests upon their altars, and cleansed Judah and Jerusalem.”

Deut. 12:31 “Thou shalt not do so unto the LORD thy God: for every abomination to the LORD, which he hateth, have they done unto their gods; for even their sons and their daughters they have burnt in the fire to their gods.”

2 Kings. 16:3 “But he walked in the way of the kings of Israel, yea, and made his son to pass through the fire, according to the abominations of the heathen, whom the LORD cast out from before the children of Israel.” 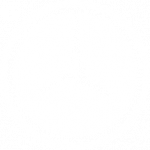